"I live now on borrowed time, waiting in the anteroom for the summons that will inevitably come. And then - I go on to the next thing, whatever it is. One doesn't luckily have to bother about that."

What does waiting look like? How much of our lives are spent waiting? Is life just merely passing time?

This installation, The Waiting Room, is an attempt to manifest these concerns, and also beckons the visitor to spend a little time and add to the tableau.

Upon walking through the building, which most recently housed medical offices, I felt that there was something intriguing about the front room downstairs that had been a waiting room. My thoughts quickly turned to the many people who had spent time in the room; prospective patients, their attendants, the doctors, the nurses, the staff, the mail carrier. How many minutes had been spent in this space waiting? What conversations, thoughts, prayers, stories had taken place within this small space? Reading a book or an article in the tattered periodicals, humming along to the soft music playing in the background, how many different ways were there to pass time in this room?

All that remains is a seemingly empty room with traces of its former purpose: the signage attached to the receptionist counter indicating that there was to be no eating, drinking, or smoking; the receptionist's sliding frosted glass windows that served as a focal point of confidential conversations; the walls covered in dust shadows of pictures that once hung there with nails still protruding; markings and scratches upon the wall displaying the buildup of human existence; the carpet showing the impressions of recently removed furniture; the magazine rack still holding a small library of periodicals.

Using these remaining elements from which to build, I engaged the idea of waiting and of passing time. How is spending time in this room different now that it is no longer part of a medical office? When present in this room, what for, then, are we waiting? 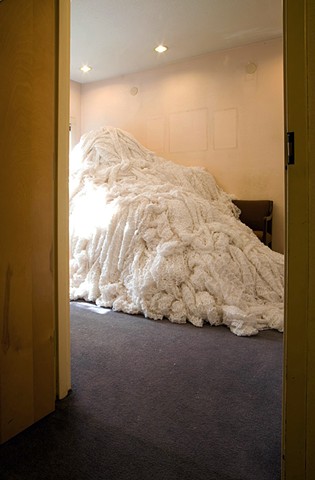 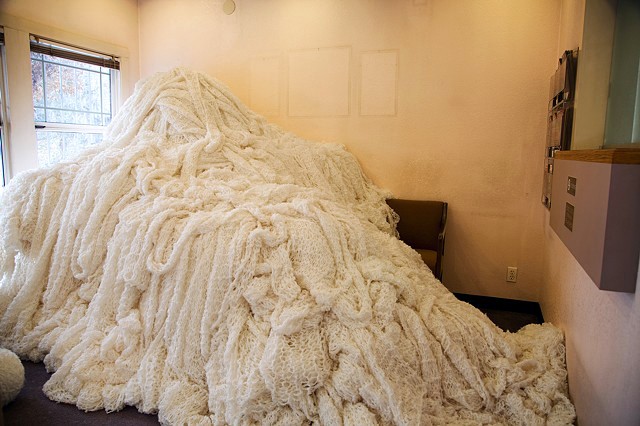 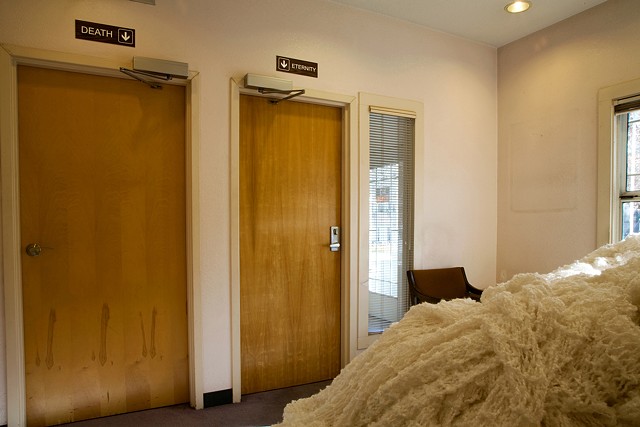 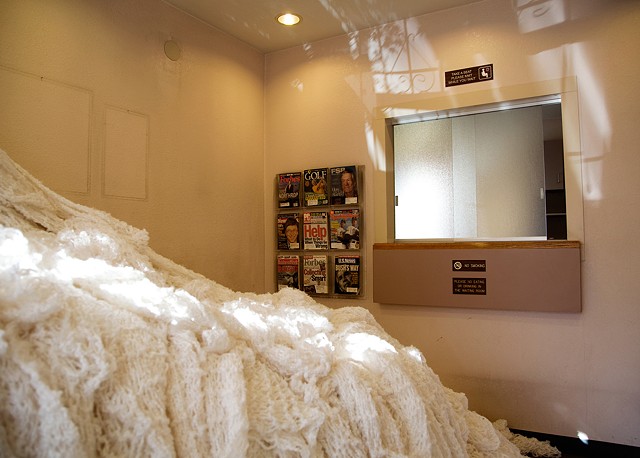 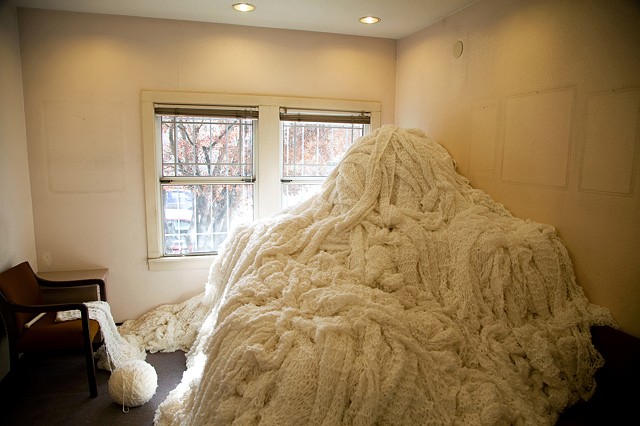 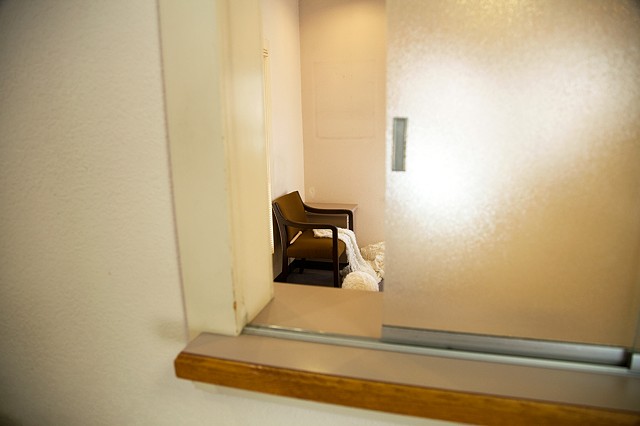 The Waiting Room was one of 11 installations commissioned for: